More than a quarter of all new immigrants to the U.K. in 2010 are estimated to be Muslim 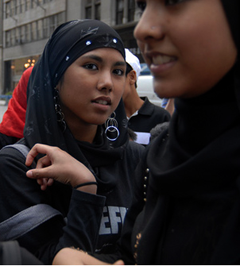 01 February 2011: The world’s Muslim population is expected to increase by about 35% in the next 20 years, a new report by the Pew Research Center’s Forum on Religion & Public Life has revealed.

From the point of view of immigration countries, France had an expected net influx of 66,000 Muslim immigrants in 2010, primarily from North Africa. Muslims accounted for an estimated two-thirds (68.5%) of all new immigrants to France in the past year.

Spain was expected to see a net gain of 70,000 Muslim immigrants in 2010, but they account for a much smaller portion of all new immigrants to Spain (13.1%).