Joining with your partner or spouse in the UK

Applying for settlement as a spouse or partner: Form SET(M) and supporting documents

MAY 2010. If you are married to a foreign person and you are settled in the UK and want to bring your spouse over to the UK, your spouse will need to make an application to the British Embassy to apply for entry clearance to enter the UK as the spouse of a British citizen or a person who has indefinite leave to remain. 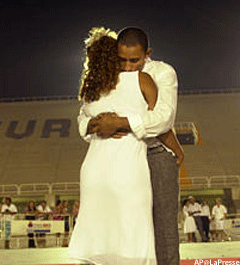 The foreign person applying for entry clearance is called an “Applicant” and the settled spouse in the UK is called a “Sponsor”.

(i) (a) the applicant is married to or the civil partner of a person present and settled in the United Kingdom or who is on the same occasion being admitted for settlement; or

(ii) the parties to the marriage or civil partnership have met; and

(iv) there will be adequate accommodation for the parties and any dependants without recourse to public funds in accommodation which they own or occupy exclusively; and

(v) the parties will be able to maintain themselves and any dependants adequately without recourse to public funds; and

The current application form used to apply for the settlement visa is a VAF4a . This form can be obtained at the British Embassy or alternatively, can be downloaded here .

It should be noted that certain countries request the application to be completed online as they will not accept hand delivered applications any longer- it is important you check this in advance with the relevant British Embassy.

What documents should be submitted?

Your foreign spouse will have to submit a substantial amount of documents to support their application for the spouse visa to the British Embassy. These documents should include your:

1. Marriage certificate
2. Photographs of you and your spouse together, over period of time including any recent photographs and the wedding ceremony photographs
3. Evidence for you and your spouse communicating such as itemised phone bill/e-mails/love cards for the past 3-6 months
4. Sponsor’s bank statements/savings accounts for at least 3 months (preferably 6 months)
5. Sponsor’s payslips for the past 3 months (preferably 6 months)
6. Sponsor’s employment contract
7. Sponsor’s tenancy agreement/most recent mortgage statement
8. Photographs of the accommodation where you both will live
9. Independent property inspection report to confirm there will be no overcrowding
10. Letters of support from mutual friends and family of the couple confirming the nature of their relationship
11. Birth certificates of any children
12. Divorce certificates/ Decree Absolute showing you/your spouse was free to marry and that your marriage is valid

What are the main reasons for the visa to be refused?

It is always a good idea to include a cover letter with your application, listing all the documents you are submitting as well keeping a photocopy of the application and documents you submit for your own records. It would be also helpful to include the requirements of paragraph 281; this is particularly useful in instances where Entry Clearance Officers claim that insufficient documents were provided or where there is a refusal decision because certain documents were not provided with the application when they in actual fact were. Many British Embassies now delegate administrative work such as including applications and documents to local staff so administrative errors such as missing documents is becoming more common.

If the marriage visa is refused, you have the option to appeal the refusal decision within a Court in the UK. An Immigration Judge will decide whether the Entry Clearance Officer was correct or incorrect to refuse the visa and has the power to overturn the refusal decision to let the foreign spouse enter the UK. However, it could take between 6-8 months for a Court hearing date in the UK, so to avoid a possible refusal, it is very important that you put in as many documents as possible to convince the Entry Clearance Officer that a marriage visa should be granted.

It should be noted that refusals can also be based under paragraph 320 of the immigration rules which is where false representations have been made or false documents have been submitted (whether or not material to the application, whether or not to the applicant's knowledge and irrespective of the applicant's age or the category of visa sought), or material facts have not been disclosed.  It is therefore very important that entry clearance application is completed totally honestly and accurately so there can be no refusal under paragraph 320 which could result in a 10 year ban from the Applicant coming to the UK. If you are concerned that there could be issues in a case, legal advice should be sought.

Once in the UK

If your foreign spouse (and any dependants) are granted a visa it will initially be for a 2-year probationary period. They can then enter the UK and live with you. The foreign spouse (and any dependants) can work full-time, study, or enjoy the benefits of living in the UK . The spouse from abroad will be prevented from claiming welfare benefits during the probationary period. At the end of the 2 year period, your spouse (and any dependants) will be able to apply for indefinite leave to remain in the UK, on the basis that the marriage is continuing- welfare befits can be granted after indeifnre leave to remain has been granted. After a further 3 years and assuming the spouse in the UK is British, the foreign spouse can apply for British citizenship. If during this period the marriage has broken down, then your foreign spouse may not apply for indefinite leave to remain on the basis of the marriage and would need to look at alternate options to regularise their legal stay in the UK.

*Please note that the above article does not relate to nationals of the European Union.

by Greenfields Solicitors – May 2010

Applying for settlement as a spouse or partner: Form SET(M) and supporting documents

From 29 November, spouses and partners to show they can speak, understand English

For any questions regarding the subject covered in this guide, please register in our forum and post your question under the appropriate category.

Disclaimer: The above article is meant to be relied upon as an informative article and in no way constitutes legal advice. Information is offered for general information purposes only, based on the current law when the information was first displayed on this website.  You should always seek advice from an appropriately qualified solicitor on any specific legal enquiry. For legal advice regarding your case, please contact Greenfields Solicitors for a Consultation with a Solicitor on 020 8884 1l66.