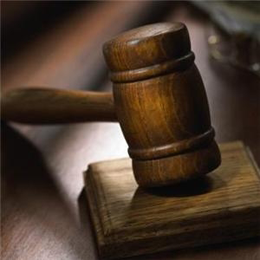 OCTOBER 2010. Many businesses are finding trading conditions difficult at the moment. Many offered generous packages to attract and retain their staff, which they thought would pay for itself. Some employers have found the cost of these packages unsustainable during this economy crunch and the spending cuts. One of the avenues open to businesses is redundancy, but some businesses do not believe that such a drastic measure is appropriate at this stage at least. Some believe that with some alteration to the packages offered to staff, they could remain competitive and more importantly, would be in a stronger position to take advantage of any upturn in demand.

For most, the alteration required involves a diminution in the benefit packages offered to employees, or the redesign of the working arrangement to the detriment of the employees. The question many employees are asking now is, “can my employer alter the benefit package without my consent”? Employees are concerned about salary cuts, diminution of overtime rates etc. This article provides a guide to dealing with this issue, especially where the employee is minded not to consent to such alterations.

It is a fundamental principle of English contract law that changes must be mutually agreed by the contracting parties. Consequently, a unilateral variation to the contract could give raise to a claim for breach of contract and/or constructive dismissal, if the employee resigns as a result of the breach.

How can an employee resist a proposed alteration of his or her contract?

Step One: Is there a change in a contractual term?

The first question to ask is whether the term to be altered is in fact a contractual term or not. If it is not, a change to the term cannot give raise to a claim for breach of contract.

Identifying what is and what is not a contractual term will require you to take legal advice.

In France v Westminster City Council EAT/0214, the Employment Appeal Tribunal (the “EAT”), held that an arrangement entitling an employee to work from home in certain circumstances did not constitute a contractual term; hence the withdrawal of such an arrangement was not a breach of contract; hence the employee could not resist the change. By contrast, the same Tribunal in Land Securities Trillium Ltd v Thornley (2005) IRLR 765, held that a job description was a contractual term, therefore moving an employee from a 'hands-on' role to a more managerial position, amounted to a breach, entitling her to resign and consider herself constructively dismissed.

Step Two: Does the employer have the contractual right to change your terms?

Once you have determined that the proposed changes constitute a variation of a contractual term, the next step is to determinate whether the contract itself gives the employer the right to alter the terms. This could be expressly provided or could be implied into the contract of employment.

In Land Securities Trillium Ltd v Thornley, the EAT held that a clause that provides that the employee will undertake work as his employer should reasonably require, does not give the employer the right to move an employee from a 'hands-on' role to a more managerial position. By contrast, in Burnett –v- F A Hughes and Co Limited EAT 109/77, the EAT held that a salesman whose sales territory was enlarged could not claim constructive dismissal because there was an implied term in his contract that he should be responsible for such areas as his employers should reasonably require.

In International Packaging Corporation (UK) Ltd v Balfour & ors EAT 31/02, the EAT held that the right to vary wages cannot be implied. By contrast, in Airlie & ors –v- City of Edinburgh DC (1996) IRLR 516, the EAT held that an employer was not in breach of contract when, having consulted but failed to reach agreement with the employees' union over proposed changes to the employees' bonus incentive scheme, it unilaterally reduced the amount to be paid to employees under the scheme. This is because the agreement contained provisions for the scheme to be periodically reviewed in order to ensure its continued relevance and effectiveness. Although this case was not referred to in Bateman & ors –v- ASDA Stores Limited (2010) IRLR 370, the EAT reached a similar conclusion.

Where the employer has no power to alter the contract of employment or is unsure whether such powers exist, they may seek to terminate the old contract and offer a new one with the proposed changes or simply impose the new contract.

In such a circumstance you are advised to immediately notify your employer that you do not accept the changes to the terms. You would then continue to ‘work under protest’, thereby protecting your position.

In Jones –v- Association Tunnelling Company Limited (1981) IRLR 477, the EAT held that where an employee stays silent and continues working under changed terms without objecting, this may amount to an implied agreement to the variation in his terms. In GAP Personnel Franchises Ltd v Robinson EAT 0342/07, the EAT held that an employee may not claim for breach of contract when his contractual mileage allowance was reduced by his employer, as he continued to work without protest, thereby affirmed the employer’s unilateral variation of contract.

Where the new terms are imposed and you have rejected the terms and are thus working under protest, your employer may consider implementing the new terms to see if you will resign, or may terminate the old contract and offer the new one.

In both cases, the employer may have a defence, if they can show that the dismissal was for “some other substantial reason of a kind such as to justify the dismissal of an employee holding the position which the employee held” (section 98(1)(b) Employment Rights Act 1996). This will include the need to restructure the business to remain viable.

In Scott and Co v Richardson EAT/0074/04, the EAT held that an employee dismissed for refusing to agree to a new shift pattern that would have resulted in his losing overtime earnings was dismissed for 'some other substantial reason’. The EAT went further to hold that it is not for the court to determine if the changes would in fact assist the business. This emphasizes that this is a business decision which only the employer is capable of making.

Step Five: When employer’s defence is not applicable

If the employer is able to establish that your dismissal was for ‘some other substantial reason of a kind such as to justify the dismissal of an employee holding the position which the employee held’, the Tribunal would still need to determine if your employer acted reasonably in treating it as a sufficient reason for dismissing the employee having regard to the size of the organisation.

In the case of Willow Oak Developments Ltd t/a Windsor Recruitment v Silverwood and ors (2006) IRLR 607, the employer was not able to use the defence because it was held that the employees were given little opportunity to consider the proposed changes or to seek professional advice and were not warned that they would be dismissed if they rejected the new terms.

In conclusion, where an employer unilaterally alter the contract of employment, it would be prudent for the employee to notify the employer of the non-acceptance of the changes immediately to preserve his position and seek legal advice as soon as possible.

You should always seek advice from an appropriately qualified solicitor on any specific legal enquiry. For legal advice regarding your case, please contact Beacrofts Solicitors for a Consultation with a Solicitor on 020 830 18183.